Featured Accomplishment: Creation of the Gothic style of architecture
Suger is another of our Great Westmen. Suger’s achievements as a patron of the arts were so extraordinary that they have overshadowed other aspects of this remarkable man’s involvement in twelfth-century life and affairs. However, Suger’s influence went far beyond his contributions to the world of art.

As counselor to both Louis VI and Louis VII, Suger was instrumental in developing the theory of kingship, which led to the evolution of the nation-states of Europe. His success as administrator, diplomat, and elder statesman led to his appointment as regent of France when Louis VII left for the Second Crusade.

Suger chronicled events in which he played a vital part, as in the rebuilding of his abbey, and he also produced the first works of regnal (relating to monarchs) history. It is to his abbacy that we trace the beginnings of the chronicle tradition, a hallmark of the abbey of Saint-Denis in succeeding centuries. He is most remembered for inventing the Gothic style of architecture in the rebuilding of Saint Denis basilica outside of Paris.

Supplementary Material: Michael Wood’s excellent documentary on the art of the Western world. This is the type of program that would not be allowed to be made today. It contains no white guilt nor does it apologize for Westernkind. 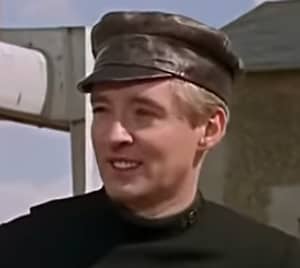 ABOUT THE AUTHOR: Hello, my name is Joseph Montag. I happen to have the same last name as the protagonist in the novel Fahrenheit 451. In the novel, Montag works as a fireman that destroys the cultural memory of his people by burning books. If the book were written today he would also be tearing down statues. Realizing his folly, he has a change of heart and instead of destroying the cultural memory of his people, he begins to save it.