To the anti-Whites an ethnic European consciousness is verboten.

Psychologists have long studied how the aesthetics, and psychological forces surrounding a musical performance can cause us to feel emotions so deeply.

The Music of Sibelius in the context of an awakening of ethnic national consciousness was music that moved people emotionally. But worse for the anti-Whites was the fact that an entire nation was contextualizing and forming a habitual nostalgic connection between the music of Sibelius and their own ethnic consciousness. This connection went beyond the conscious mind and rooted into the subconscious mind. This had to be deconstructed.

The anti-Whites lost the first round but the process of deconstructionism is on going into the 21st century. Atonality is a form of musical deconstruction. Compare these two musical works:

Note that all elements of the ethnic identity of Westernkind (Homeland-Language-Culture) must be destroyed through placement into the anti-White Narrative . The anti-White assault is full spectrum. The Welsh language is under assault and declared “racist” (remember the word “racist” is an anti-White slur) and the Helsingin Sanomat, the Finland’s biggest daily, is also under assault as it celebrated its 130th anniversary. An anti-White blog dedicated to Finnish anti-Whiteism comments on a published staff photo: “Congratulations on your important anniversary but the picture below reinforces what I knew about the daily and Finnish mainstream media in general: It’s too white.” 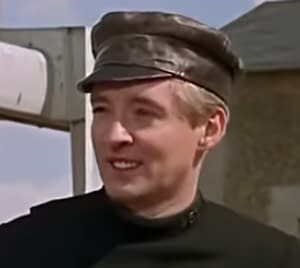 ABOUT THE AUTHOR:  Hello, my name is Joseph Montag. I happen to have the same last name as the protagonist in the novel Fahrenheit 451. In the novel, Montag works as a fireman that destroys the cultural memory of his people by burning books. If the book were written today he would also be tearing down statues. Realizing his folly, he has a change of heart and instead of destroying the cultural memory of his people, he begins to save it.